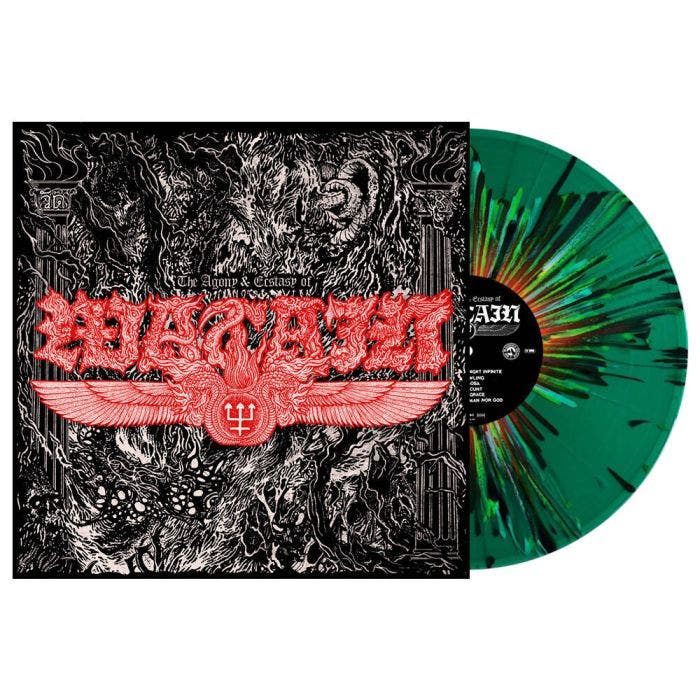 The new album by WATAIN "The agony & ecstasy of Watain" will be released as a limited green/multicolour splatter LP in a sleeve.

WATAIN crawled out of Satan's cunt in 1998, and has since then ascended and grown into one of the world's most well-known and notorious Black Metal bands. Their legacy is often referred to with fear, love, confusion or awe, but seldom with indifference.

"The Agony & Ecstasy of Watain" is the group’s seventh album who continue to electrify their audience with an unmistakable brand of Black Metal Magic. Recorded inside an old church on the Swedish countryside, WATAIN take the listener closer to the innermost heart of a band that despite always being surrounded by rumors and controversy strives for the most sincere ways of expression.

With 10 songs written by the founding trinity of WATAIN (E. Danielsson, H. Jonsson and P. Forsberg), it is also the band’s first album to be recorded with a full line up completed by A. Lillo, H. Eriksson and E. Forcas. The material is further enriched by noble contributions from Farida Lemouchi (Ex The Devil's Blood, now in Molasses) and Gottfrid Åhman (ex In Solitude, now in PÅGÅ).

WATAIN is the wolf that keeps on hunting, fearless and free, in the dark night of man.

Side B
7. Before the cataclysm
8. We remain
9. Funeral winter
10. Septentrion