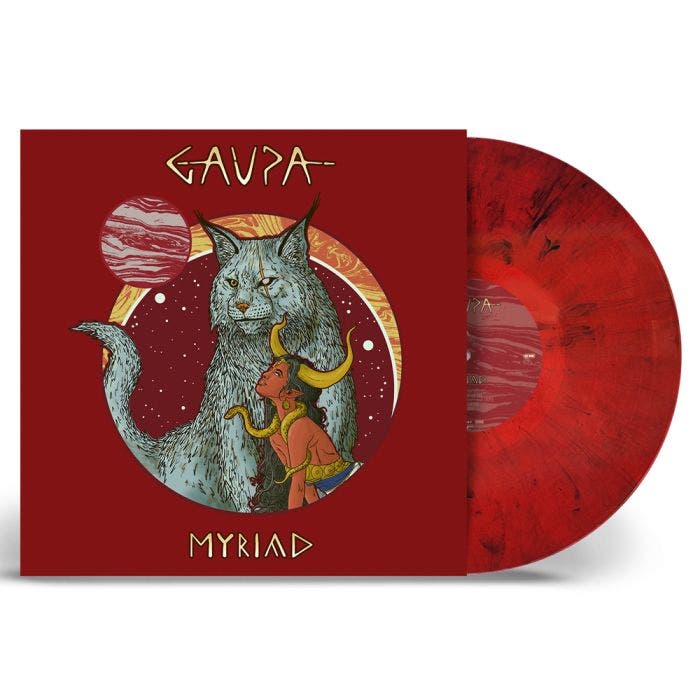 The new album by GAUPA "Myriad" will be released as a red/black marbled LP in a gatefold incl. lyric sheet. Limited to 400 copies.