already ordered with supplier
SKU
305715
Add to Wish List
Coloured vinyls feature only provisional images - the final product will vary.
Skip to the end of the images gallery 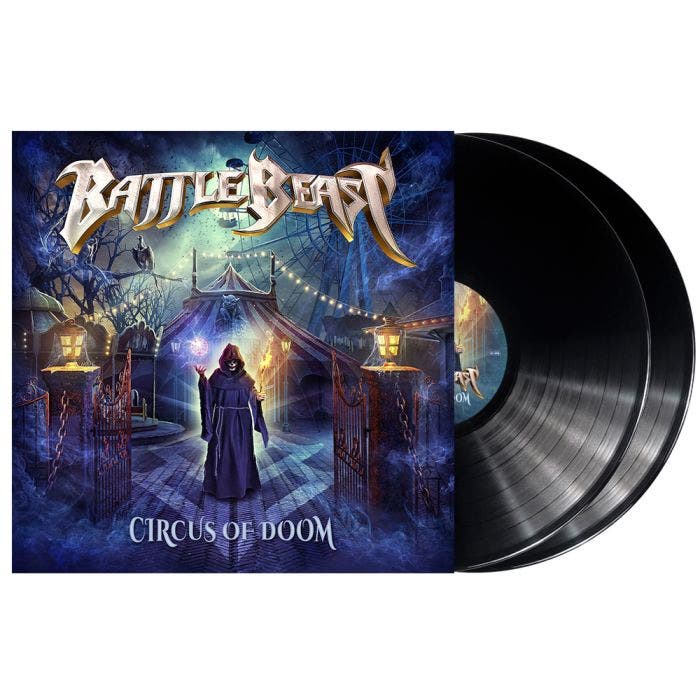 The new album by BATTLE BEAST "Circus of doom" will be released as a black double LP in a gatefold.

After re-signing to Nuclear Blast in early 2021, the Finnish heavy metal sextet BATTLE BEAST are once again getting ready to unleash their force upon the world in the shape of their brand new masterpiece »Circus Of Doom«. The album is set to be released on January 21st 2022 via Nuclear Blast and in true BATTLE BEAST fashion, the 10 tracks blend true heavy metal with pop and rock-vibes, paired with Noora Louhimo’s unique voice. »Circus Of Doom« was once again recorded at JKB Studios in Helsinki, Finland and produced and mixed by keyboardist Janne Björkroth, while the stunning artwork was created by Jan Yrlund (KORPIKLAANI, MANOWAR etc.), who already took care of BATTLE BEAST’s previous two album designs.

Their latest masterpiece, »Circus Of Doom«, is overall heavier, but still as catchy as ever with bangers like “Masters Of Illusion”, “Freedom”, or the title track “Circus Of Doom”. Once again, the band stay true to their formula of “100% heavy metal -0% bullshit!”

Side A
1. Circus Of Doom
2. Wings Of Light
3. Master Of Illusion

Side B
4. Where Angels Fear To Fly
5. Eye Of The Storm
6. Russian Roulette

Side D
10. Place That We Call Home
11. The Lightbringer
12. Tempest Of Blades