SABATON - The war to end all wars - T-Shirt schwarz 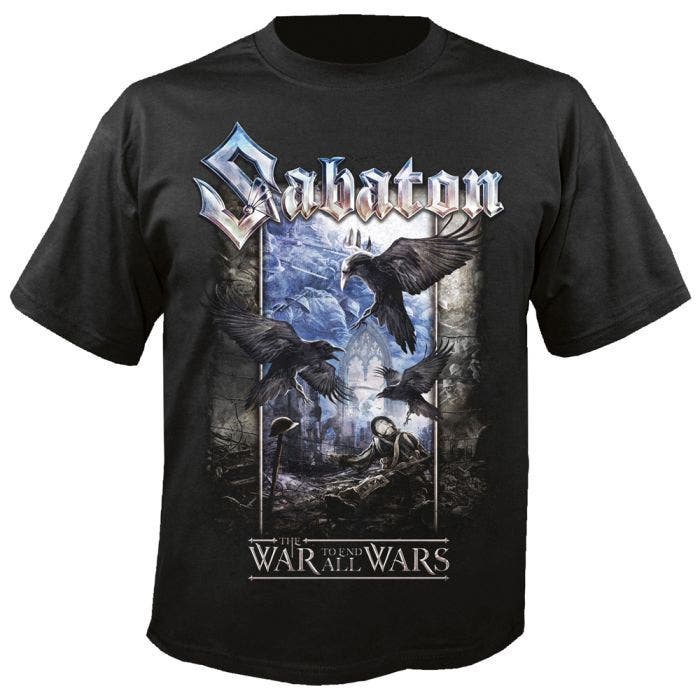 Black SABATON T-shirt with "The war to end all wars" motif. Available in sizes S till XXL. Material: Gildan Softstyle.