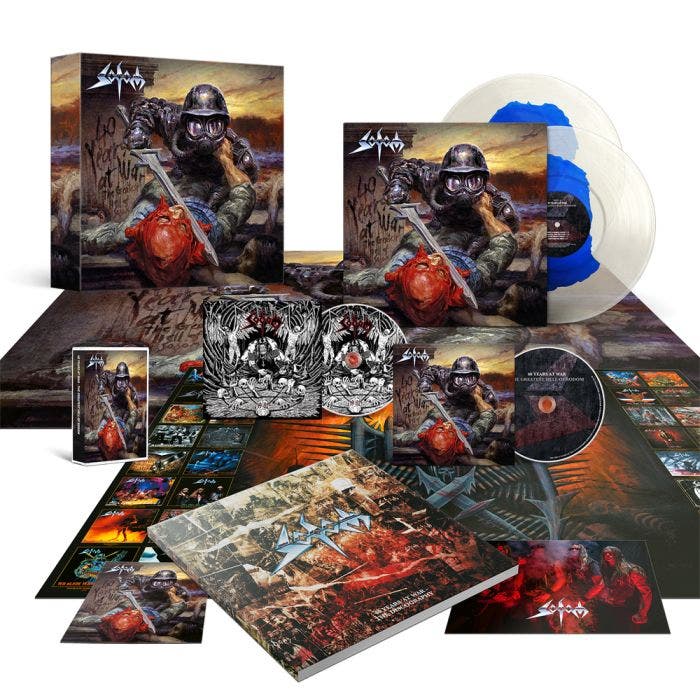 Limited CD+LP box only in Europe:

- 2LP, exclusive blue in crystal vinyl for the box only

- Signed photo card- A5 (from the whole band)

40 years of Sodom, 40 years of relentless thrash metal 'Made in Germany'. What was born in 1982 in Gelsenkirchen-Buer has lost nothing of its authenticity and originality even four complete decades later. Tom Angelripper and his men still belong to the spearhead of a music genre that draws its energy from pure determination, uncompromisingness and unbendingness. Moreover, Sodom always manage to surprise their fans all over the world. They succeed especially with '40 Years At War - The Greatest Hell Of Sodom', a more than worthy anniversary album that - in different formats - summarises the band's history so far in an unusual and highly ambitious way.