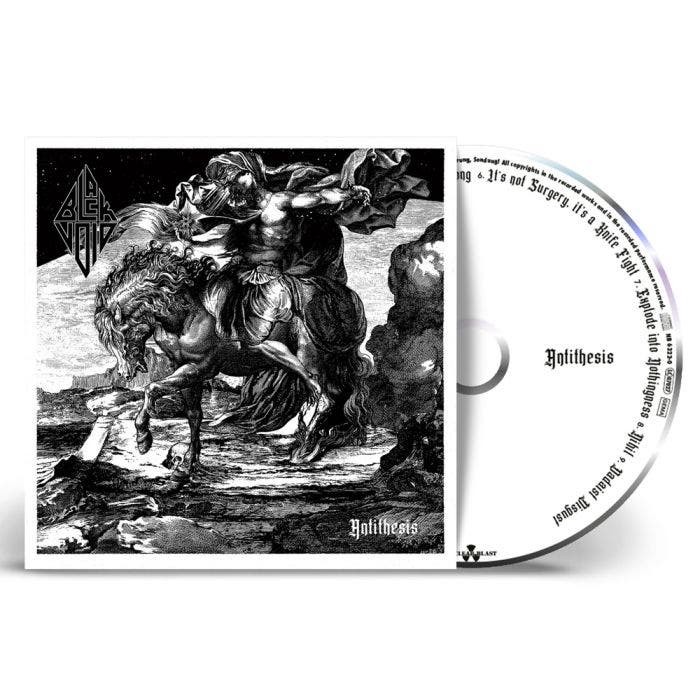 BLACK VOID's debut album "Antithesis" will be released as a CD digi.

Hard rock band WHITE VOID’s debut record "Anti" (also on Nuclear Blast) was one of 2021’s most colourful and surprising releases, hailed by press as an absolute whirlwind of occult rock and melodic new wave. But vocalist and band frontman Lars Are Nedland – also a long-time member of BORKNAGAR and SOLEFALD – clearly needed a contrast to all the colour and flamboyance, and thus BLACK VOID forced itself into being. Not a band for waiting, the debut album "Antithesis" was recorded almost immediately and is set to be released through Nuclear Blast on May 27th - as a grimy contrast to WHITE VOID’s colourful and melodic outlet.

BLACK VOID is a punk laden, black metal infused band completed by drummer Tobias Solbakk (IHSAHN, WHITE VOID, IN VAIN) and guitarist Jostein Thomassen (BORKNAGAR, PROFANE BURIAL). "Antithesis" is an album that pays respect to fifty years of punk and forty years of black metal – a musical equivalent of a punk with a Mohawk fighting a dude in corpse paint.

Add to that guest vocal appearances by black metal royalties Sakis Tolis of ROTTING CHRIST and Hoest of TAAKE, "Antithesis" appears as a statement of sorts: A nihilistic musical outburst flipping off morality and hailing aggression while at the same time forcing your foot to tap to its relentless drive.