The store will not work correctly in the case when cookies are disabled.
Menu
Gamma Ray 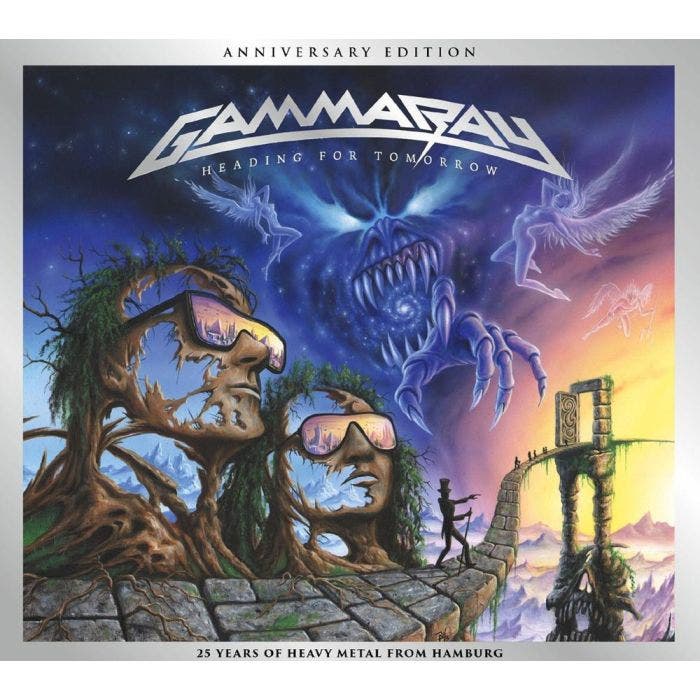 Details
Description
It was with great surprise that in 1988 Kai Hansen decided to leave Helloween: the band he co-founded and that in a very few years reached a very high level of success, ending up influencing and challenging the bands that were once their original inspiration. Hansen left Helloween just when the band had finally reached international stardom and after having won the appreciation of metal giants such as Iron Maiden who often publicly championed the German band. Hansen, Gamma Ray and Helloween are now very good friends, often sharing the stage, but in 1987 the divorce was a proper rock and roll acrimonious one: a true shock for the metal scene. The reasons that brought Kai Hansen to leave the band are still the subject of interviews and fan debates, despite listening to the forthcoming reissue of “Heading For Tomorrow”, 25 years after its original release, it looks very obvious that Kai Hansen destiny was to lead his own band. 25 years after the official debut, Gamma Ray and earMUSIC have started a monumental work to re-release the entire production by Gamma Ray in deluxe double CDs. The original albums will be re-presented in new shining, remastered version on the first disc (with the inclusions of all B-sides) while the second CD will be dedicated to old live recordings, demos digitalised for the first time from the original tapes saved by all members of the band, alternative versions and recent studio and live recordings. “Heading For Tomorrow” was initially released as a Kai Hansen solo album. By extracting the LP out of its sleeve, “Heading For Tomorrow” revealed its “secret intention” (it was still the days of LP, or is it again?) revealing a second cover, introducing Kai’s new baby: GAMMA RAY. After the global critical success of “Empire Of The Undead”, Kai Hansen has decided to continue the collaboration with Eike Freese and Alex Dietz (Heaven Shall Burn), the production team. Kai Hansen has spent hundred hours, digitalising and remastering hundreds of tapes, alternative versions and ideas that were so far jealously hidden in Gamma Ray’s private archive. Adds Hansen: “I am incredibly thankful that after 25 fantastic years of Gamma Ray, I am still standing here, making music and performing on stage. It's awesome to see that fans from the first days keep on supporting us and that we still make new friends. It’s something you can't take for granted. After my departure from Helloween, it all could have gone the other way as well. Instead, we continue to make albums and tour the world. That's close to unbelievable! Working on the first reissue for ‘Heading For Tomorrow’ brought back so many great memories and Ralf and I dug out some funny stories. Two years ago, our studio, our harbour in Hamburg, burnt down and a lot of memorabilia and original tapes were lost, but we all searched our private archives and managed to find some great rarities and hopefully some highlights for the fans. We are proud to release our little babies in a new style with a brand new cover artwork done by Hervé Monjeaud and a new sound, a fantastic remastering done by Eike Freese and Alex Dietz.”