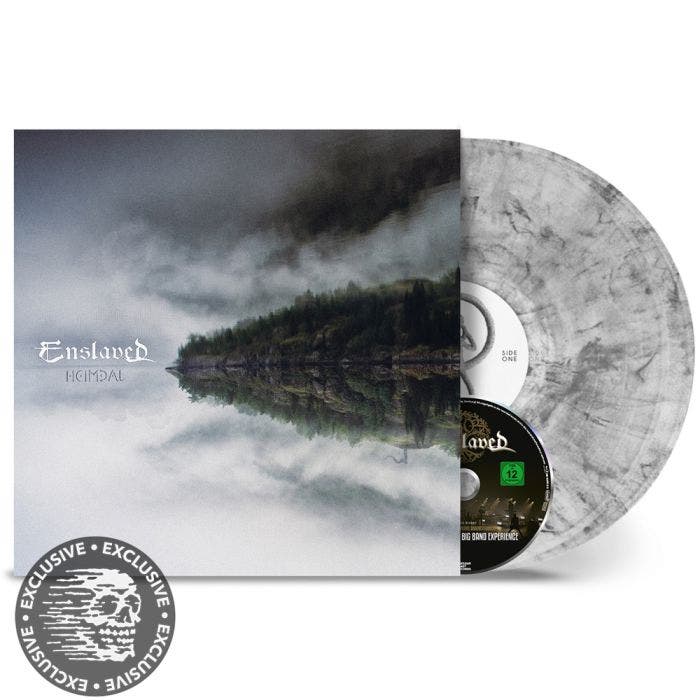 Exclusively available at Nuclear Blast Mailorder: The new album by ENSLAVED "Heimdal" will be released as a crystal clear/black double LP in a gatefold, incl. a bonus track, BluRay (incl. the "Live from The Otherworldly Big Band Experience") and a 4-page booklet. Limited to 600 copies.